It was a Rotarian who launched Round Table in South Africa. Dr. David Smith had been a Round Tabler in Bath, England, but after the war he settled in East London and joined the local Rotary Club. As Chairman of the Club’s Youth Service Committee he received in 1948, a letter from the International Extension Officer of Round Table of Great Britain and Ireland (RTBI). The letter sought the support of Rotary for the extension of Round Table into Southern Africa, but although David Smith was himself immediately fired with enthusiasm Rotary did not at first give its official backing to the idea.  David was himself below the 40 year age barrier and his vigor and enthusiasm were reflected in the first East London Table established in November 1948.

They immediately tackled an enormous project – the collection over a three-year period of a sum of R36000 for the building in East London of a tuberculosis settlement. Within two years this figure was exceeded, and Round Table very quickly made its mark as a dynamic force in the sphere of community service in Southern Africa.

In November 1950, a second Round Table was established in Durban and about that time David Smith contributed an article on Round Table to a Rotary Publication. This made a great impression, and Rotary throughout South Africa gave full support from that time. Table No.3 was inaugurated in Johannesburg, in January 1951, and in that year an Association of Round Tables in South Africa was established. The first National Conference of the Association was held in East London in 1951 and from that time extension was rapid and spectacular – eleven new Tables in 1953 and fourteen in 1955, including two in what was then South West Africa (Namibia).

For administrative reasons the Association was divided into Areas and the pattern of Table, Area and
Association and International Association that is explained in the following pages was developed. 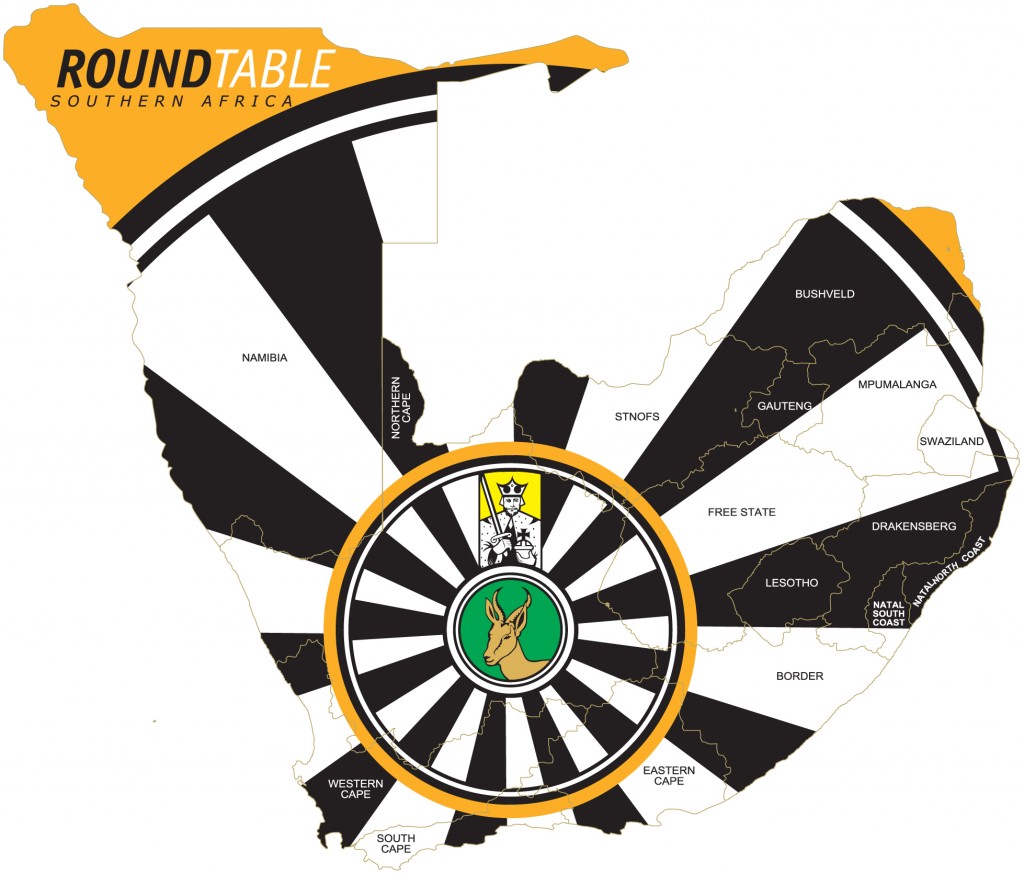